I'm not a tight-ass. Feel free to edit and do what you want to these characters. It's not like I drew every frame myself by hand :P 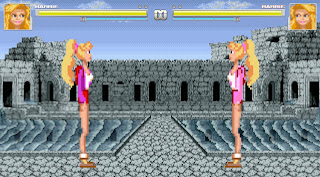 To mark my triumphant return to MUGEN, here is what is sure to be the worst character I, or anyone else for that matter, could ever create! Why did I make this? Just something simple to refresh my memory on how building a character works.
She has sweet fuck-all moves... apart from a jumping kick, which is F, F, X or Y, or together. Apart from that, she sucks, but works. Pretty much no effort went into making this at all!
Download, if you REALLY must have it.

Been quite some time since I did anything on MUGEN.

This is nothing much, just a stage from Double Dragon (iphone I think) I found sprites for. It is animated. 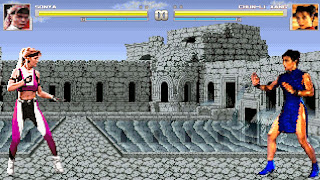 This one is from some game or another? I forgot what it was from. The water animates. 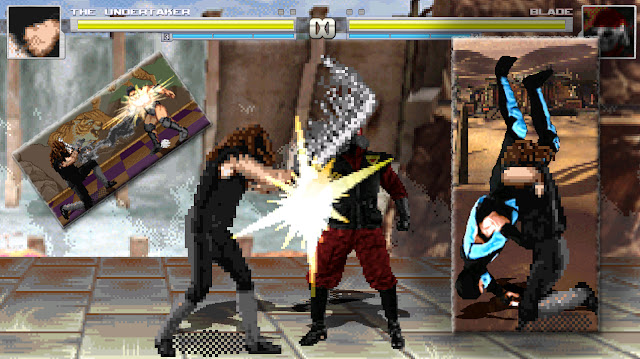 I give to you, The Undertaker. This is completely 100% made by me, and the sprites are ripped by me as well, so don't get this confused with a previous shitty version of this character someone released a while back.

This Undertaker has all the moves from the Arcade classic. The moves may not be done exactly the same, but I hope that doesn't stop you from enjoying this release.

This taker comes with all the specials, the Tombstomb piledriver, the choke slam, the tombstomb smashes, demon projectiles and a shit load more. Also includes a shit load of sounds that are not just of The Undertaker, but commentary parts from Vince McMahon and Jerry Lawler taken from the Arcade game as well.

This has taken a while to make, so I hope it's near perfect. I beleive this is the best character I have made so far. 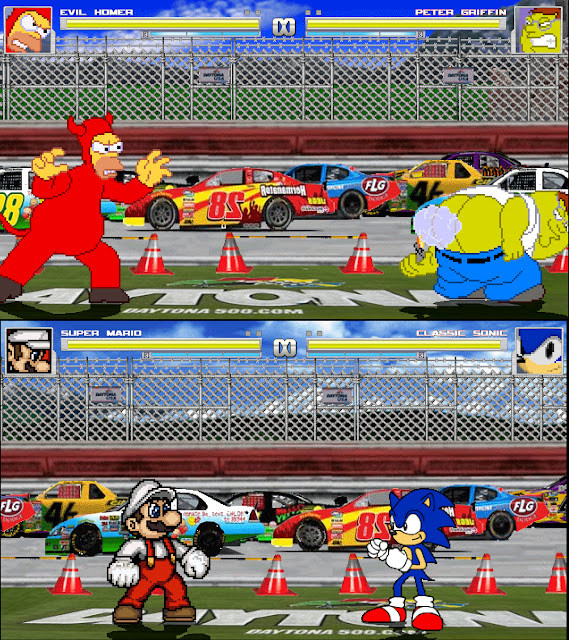 I've had some backgrounds from Daytona USA laying around for a while and didn't know what else to do with them. These 2 stages are the same stage, but with a different background. They contain a bunch of Nascars driving by on the track and comes with the Daytona USA theme song. 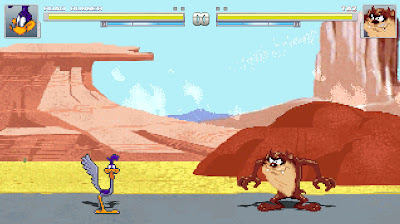 Nothing spectacular about this character, I just found the sprite sheet and figured why not, it would be a quick character to make, and it was. I used to own the game on SNES (who cares?), and I don't think anyone has made it before? (still don't give a fuck do you?)

As I said, there is nothing special about this character, he pretty much only has pecking attacks, apart from a jumping claw attack, but he runs, he meep's and pokes his tongue out like the Road Runner. The specials are mostly just pecker moves... just a simple character for any Road Runner fans out there... also comes with the stage you see.

"The Terminator" & "Orpheus" have been updated...

Also a new "Zeus Temple" stage has been added to the Battle of Olympus stages.