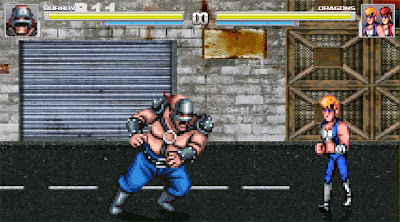 Burnov is the stage 1 boss of Double Dragon II. That game is one of my all-time favorite games on the NES. Unfortunately the NES graphics look shithouse compared to these sprites from (suprisingly) the GameyBoy Advance! There is another sprite sheet out there for an another version of him, but I used this because it is truer to the NES version that I love.

He only has the one punch, a should charge move and a bit of a shove, oh, and a throw... due to limited sprites to use. I have given the shoulder (as shown) a bunch of various super moves, so he won't be just a shitty character with one move.

It only took me maybe an hour or so to put this character together. So when you see there is not a variety of moves, keep in mind, I really couldn't be fucked making new custom sprites. 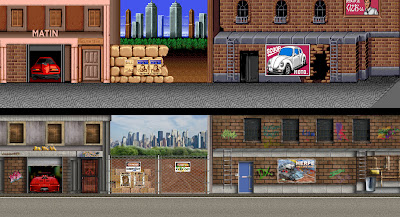 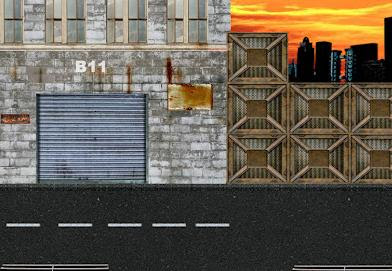 This stage is a remake of the starting stage from Double Dragon II. I was making the original then through why not upgrade it to make it look a bit better? I cut off that side angle thing tho.